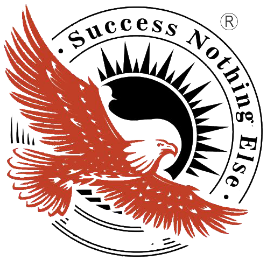 WHAT IS CA TEST SERIES

What is CA Test Series

CA Test Series was the first website in India under the name of GM Test Series which launched the Online Test Series Programme for CA / CS students. Initially CA Test Series has 123 registrations in May 2016 and we got 2 Rank holders with AIR 17 and 26. What was interesting factor after the First attempt was that 76% students passed their exams.

Test Series was becoming a miracle for the students. Students who failed for more than 3 attempts were able to score well. CA Test Series got 679 registrations in Nov 2016 attempt. Rank holders increased from 2 to 3 with AIR 9, 11 and 22. Many Online Media considered GM CA Test Series as best Test Series for CA and CS exams preparation.

CA Test Series team started to expand its operations abroad and we got a very good response from Dubai and Indonesia. Overseas students also got a good response and as there were less coaching there; studying at home giving Test Papers became fruitful for them.

What CA Test Series offers to its students was now telecasted on various Social Media platforms including Google, Facebook and Whatsapp. Schedule was designed in such a way that students can easily cover their schedule in 45 to 55 days time which earlier took 75 days to complete. New competitors started coming up in the market, selling Test Series at lower rates as compared to CA Test Series but Quality is what makes the thing.

CA Test Series tried to provide Best Quality evaluation and Doubt Solving which makes it a Brand Leader. Evaluated sheets in just 1-2 days is the main quality and this is required by most of the students as quick checking is what makes student recall their mistakes and improve them on timely basis.

Schedule is completely flexible for CA Test Series and Tests can be given any time and day till 31 Oct 2021. CA Test Series will keep serving the students so that students keep on scoring better marks and make our Profession stronger and better.

FAQ (Frequently Asked Questions) Regarding Test Series
Q-1 Do we have to write the tests on the same day of the schedule?
Q-2 Chapters mentioned in the test schedule are as per which book?